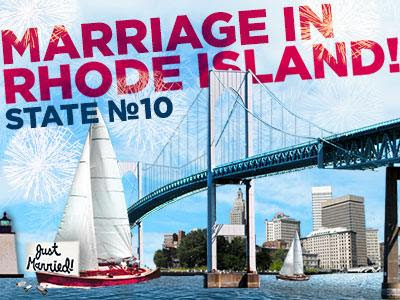 Rhode Island has approved marriage equality. The bill passed with 56 votes to 15 in the State House, in favor to legalize same-sex marriage.

After Governor Lincoln Chafee signed the bill into law, yesterday evening, the same-sex couples can marry on equal terms than heterosexual, although the first weddings will be August 1, when this law will take effect.

Approval has been achieved after a 16-year struggle in the heavily Roman Catholic state, with intense opposition from clerics and many Republicans. But in a sign of the things are changing, all five Republicans in the State Senate supported the measure yesterday, making Rhode Island the latest indication of growing acceptance of same-sex marriage across the U.S.

Rhode Island is the last state of the New England Region to adopt marriage equality, and it has become the 10th U.S. state to approve a same-sex marriage law. In addition to the five other New England states: Maine, New Hampshire, Vermont, Connecticut and Massachusetts, the states of Washington, Iowa, New York, Maryland and the District of Columbia also allow gay couples to marry.

Now, is expected that Delaware, Minnesota and Illinois may all approve similar measures in the coming weeks or months.