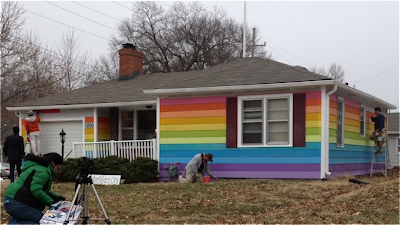 Head over to a survey about people who indicate that they would not like to have homosexuals as neighbours.

The survey has been published in economic journal Kyklos, and its authors are Therese Nilsson and Niclas Berggren. They believe that these results show the correlation between economic freedoms, such as small government and stable monetary policy, and tolerance of those of a different race or sexuality. Their work found that tolerance of homosexuality is particularly strongly correlated with economic freedom.

Note: although the survey refers to a significant number of countries, there are no data about all countries of the world. In this regard, especially missing results from most African countries.

For more information and to check the interactive's world map visit The Telegraph's post. 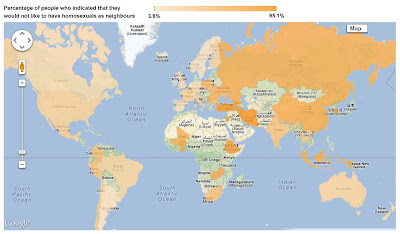