Nevada is Closer to Equal Marriage 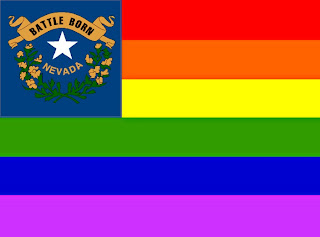 The Nevada Assembly has voted a resolution which could finally repeal of the state’s ban on same-sex marriage, by 27 votes to 14. With this vote, the marriage equality bill will be considered by the House in the next legislative session.

Last April 27, the Nevada Senate voted in favor of this measure too. In that senate's debate, the speech of Senator Kelvin Atkinson was really impressive. "I'm black. I'm gay", he said to fellow senators.

Remember, in 2002, voters in Nevada approved an amendment to the State Constitution stating “only a marriage between a male and female person shall be recognized and given effect in this state”.

In any case, if the bill is approved by the House in the future, the corresponding change in the Nevada Constitution will have to be finally voted by all citizens of Nevada in 2016. Then, the voters will have a chance to allow same-sex marriage.