May 17: International Day Against Homophobia

May 17 is the International Day Against Homophobia, a date chosen because homosexuality was removed from the national classiﬁcation of diseases by the World Health Organization on that day in 1990.

Homophobia is all the negative attitudes that can lead to rejection and to direct or indirect discrimination towards gay men, lesbians, and bisexual, transsexual or transgender people or toward anyone whose physical appearance or behaviour does not fit masculine or feminine stereotypes.

The theme of the International Day Against Homophobia 2013 campaign is Fight the Homophobia Web Virus. The campaign image shows a virus seen under microscope. This homophobia Web virus, of course, has no face or colour. Its illustration is an element of communication.

Homophobia is becoming increasingly present on the Web and in social media. The anonymity of the Internet facilitates the spread of abusive comments and cyberhomophobia that could have serious consequences.

Cyberhomophobia is the manifestation of homophobia on the Internet and in social media. It is the circulation of negative attitudes towards homosexuality and gender identity. It often presents sexual minorities as inferior or abnormal and can be expressed in the form of jokes, teasing, hateful or hostile remarks, denigration and stereotypes toward homosexual or transsexual persons.

Bullying and harassment are nothing new. Unfortunately, they now happen on the Web. If social media such as Facebook, YouTube and Twitter are amazing tools, they can also be ruthless. Using them repeatedly against someone can constitute real bullying and victimization. 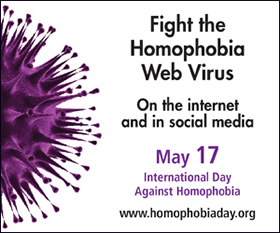 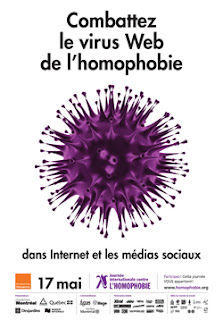 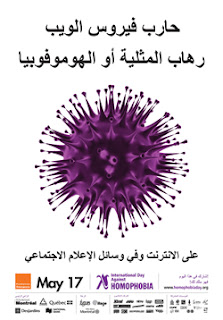 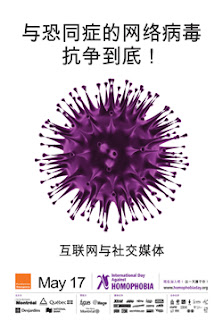 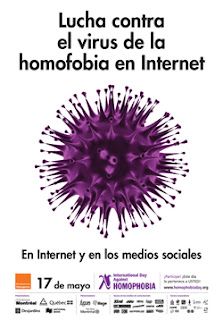 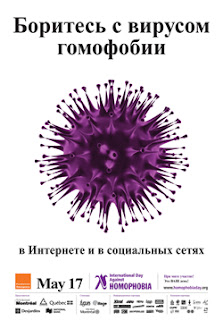 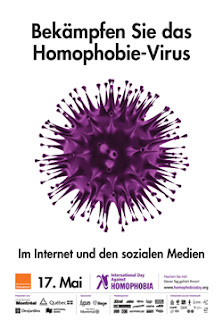 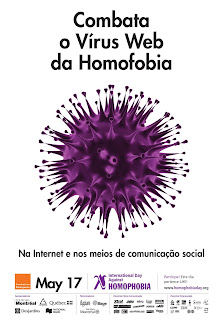