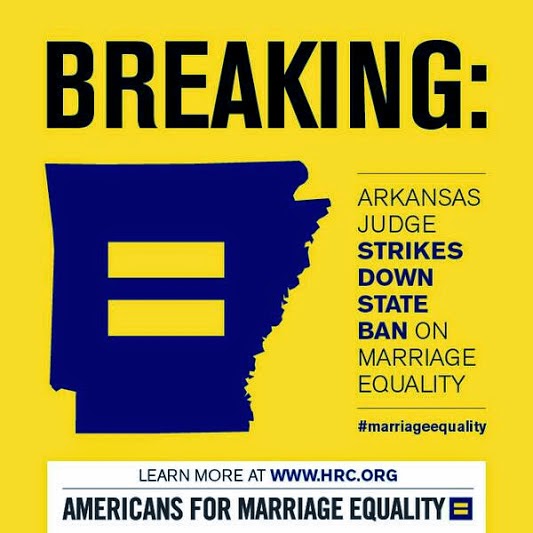 Same-sex couples can marry in the State of Arkansas today.

There is no waiting period. The federal judge who ruled for marriage equality Friday night refused to grant a stay.

It is expected that the appellate court or SCOTUS will issue a stay some time this weekend until the Supreme Court rules on the issue.

But for now, anyone in Arkansas and neighboring states who can drive to Eureka Springs, Arkansas which is open at 9:00 AM on Saturday can be married, for a few hours at least.

Arkansas is a very conservative Southern State, also the home of Bill Clinton, he was Governor there.