You Are Welcome Free & Equal 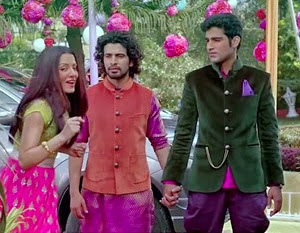 The United Nations has unveiled a pro-gay Bollywood music video in response to India’s sodomy law.

The video, which tells the story of a gay man bringing his new partner home to meet his family, was released to press at the launch of the UN’s ‘Free and Equal’ campaign in Mumbai.

According to the UN, the Free & Equal campaign “aims to raise awareness of homophobic and transphobic violence and discrimination, and encourage greater respect for the rights of LGBT people”.