California has its first open-LGBT governor... for one day only 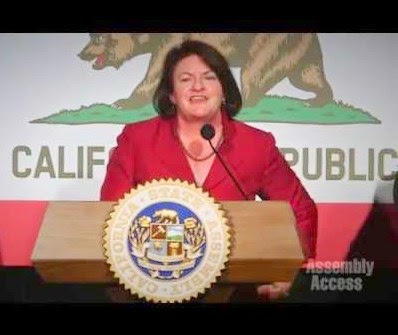 The usual California's governor, Gov. Jerry Brown, is away on business for a trade mission to Mexico.

In his absence, the position moved to Lieutenant Governor Gavin Newsom but he was required to attend a Special Olympics event on the East Coast.

The next acting governor, Senate President pro tempore Darrell Steinberg, is scheduled to leave the state for Chicago today.

As Gov. Brown is not due to return from Mexico until this evening, Speaker Atkins is due to hold the office in the estimated eight or nine hours between Mr Steinberg’s departure and Gov. Brown’s return to the state.

In doing so, she becomes California’s first lesbian governor. 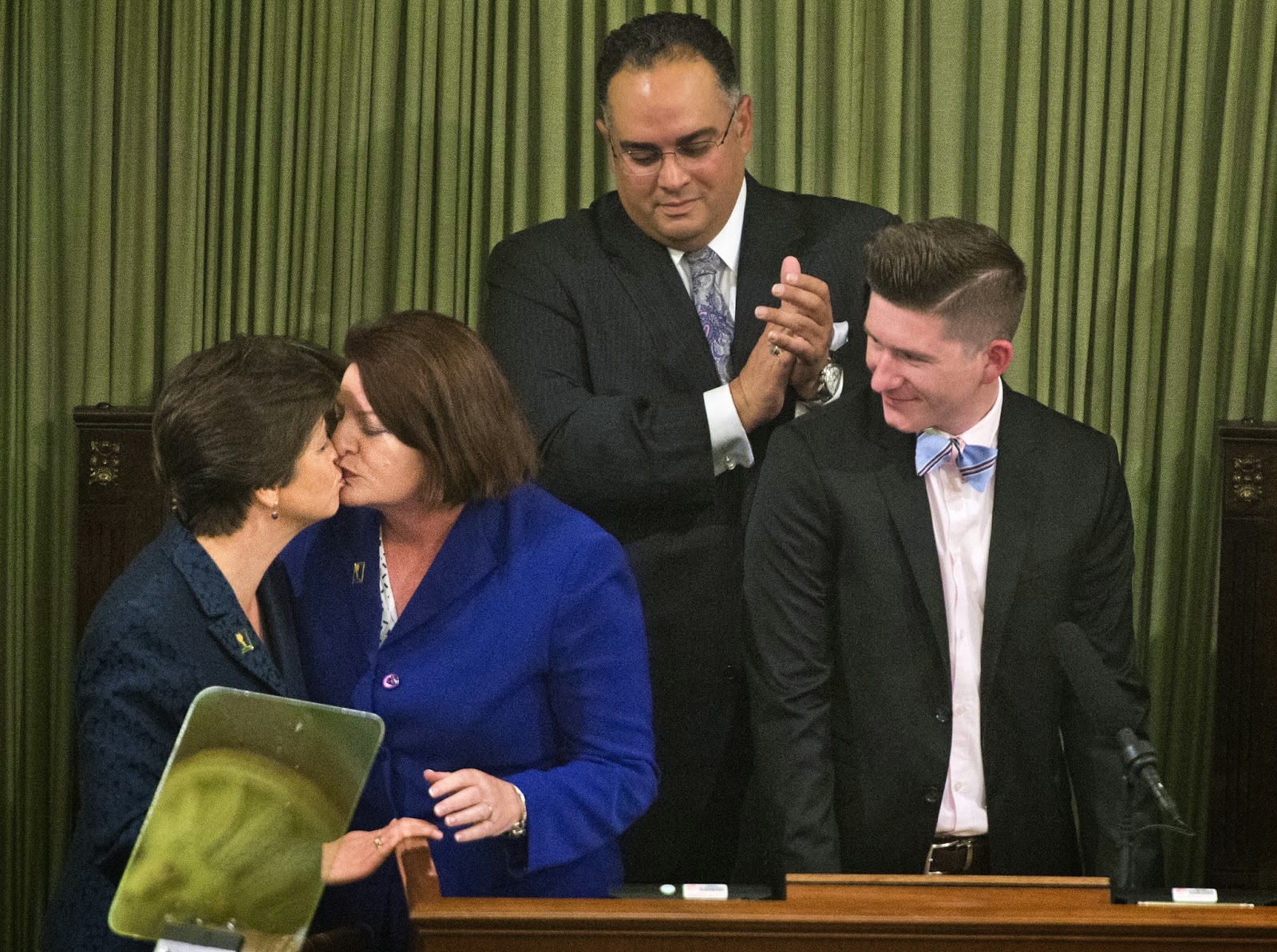 Atkins kissing her spouse, Jennifer LeSar,
on the day she was sworn in as Assembly speaker