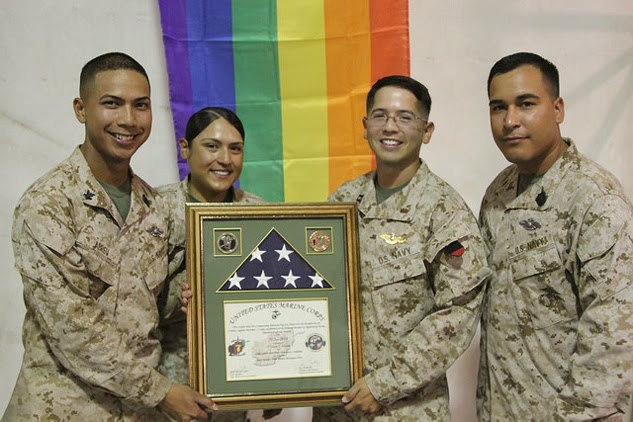 About 50 service members representing all five branches of the U.S. military, along with members of the U.K. military, gathered to recognize LGBT Pride Month at Camp Leatherneck in Afghanistan.

U.S. Navy Petty Officer Second Class Aaronchristian Abreu, an openly gay service member, said: “It is celebrating and recognizing that our gay, lesbian, and bisexual brothers and sisters who can now serve freely without the fear of reprisal due to their sexual orientation. Recognizing the LGBT community shows that we are setting the example to our civilian counterparts and that we do not discriminate". 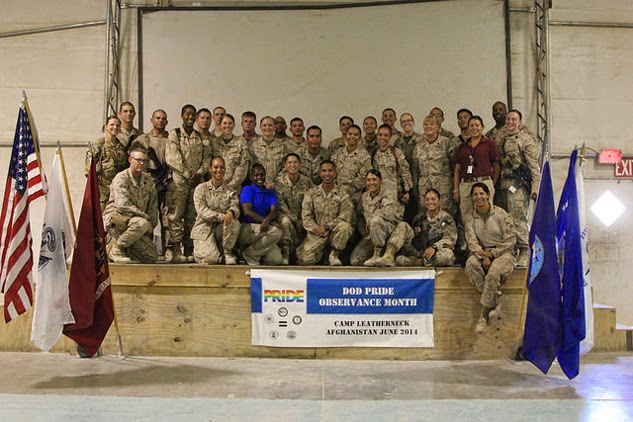