U.N. recognizes same-sex marriage for all its staffers 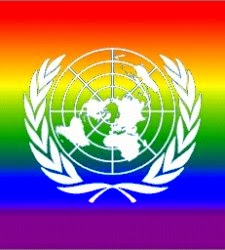 The United Nations announced it would recognize the gay marriages of all its staffers, in a major policy shift that opens the door for the spouses of homosexual employees to enjoy the same benefits as the husbands and wives of their heterosexual colleagues.

The change means gay spouses of U.N. employees can get health insurance coverage and the chance to accompany spouses on their home leave every couple of years, among other benefits.

The new policy, led by Secretary-General Ban Ki-moon, became effective June 26, and will impact the U.N.'s approximately 43,000 employees worldwide. Employees of separate U.N. agencies, such as the children's agency UNICEF and the U.N. cultural agency UNESCO, also are affected by the change. 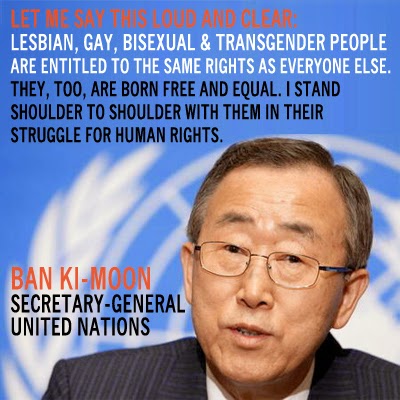