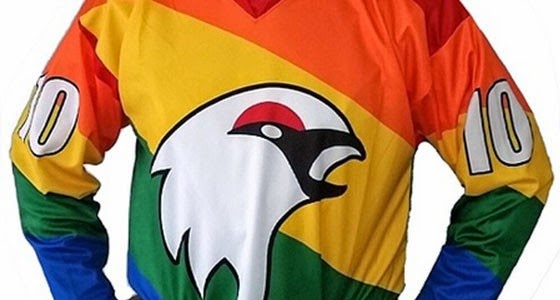 Players from Sweden’s Kiruna IF ice hockey club will wear uniforms decked out in the colors of the gay pride flag for their 2014-2015 season, as part of a bid to become the first sporting association to receive certification by the Swedish Federation for Lesbian, Gay, Bisexual and Transgender Rights.

Kiruna’s participation in the process has bee welcomed by the Swedish Ice Hockey Association for pushing its core value that anyone who wants to participate in ice hockey should be allowed to do so on equal terms and with the proper respect.

During the next 12 months ice hockey season players with the club will give talks in schools across the city of Kiruna in collaboration with local government to stress the importance of accepting LGBT people. 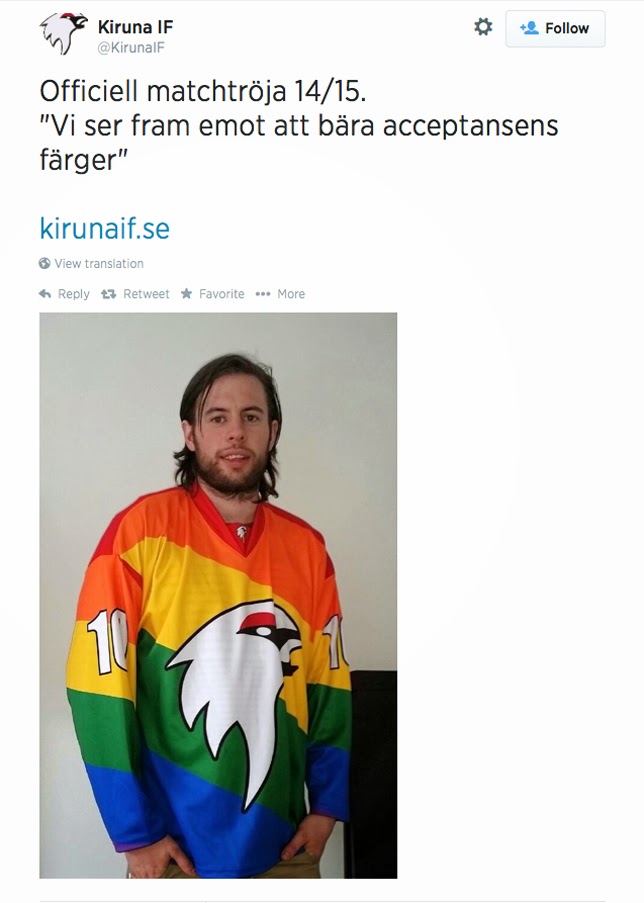