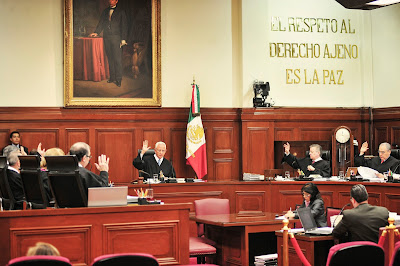 The Corte Suprema in Mexico has found state laws that restricted marriage only to heterosexual couples are discriminatory.

The highest court has declared: "As the purpose of matrimony is not procreation, there is no justified reason that the matrimonial union be heterosexual, nor that it be stated as between only a man and only a woman". And it added: "Such a statement turns out to be discriminatory in its mere expression".

But this does not mean every state ban against same-sex marriage has been struck down, it allows gay couples denied marriage in their state to seek injunctions against district judges. When they have enough injunctions, the court will formally order state legislatures to lift their bans.