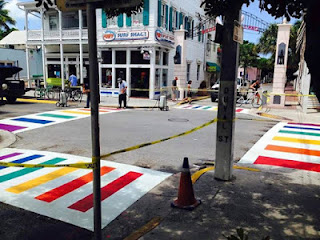 The intersection of Duval and Petronia streets in Key West (Florida) got a little brighter this week.
The city installed four permanent rainbow crosswalks at the Duval intersection, the heart of the island’s LGBT entertainment district.
The crosswalk features all six colors of the rainbow flag, an internationally recognized LGBT symbol.
Workers laid pre-formed thermoplastic blocks on the pavement and heat-treated them to permanently fasten the stripes to the street.
The new crosswalks represent the city's longstanding support for diversity and equality. 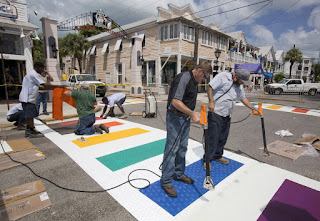 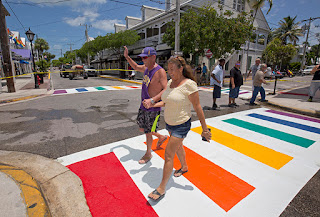 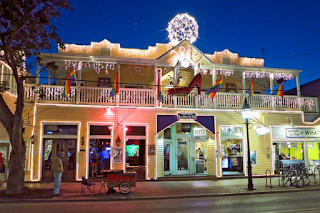