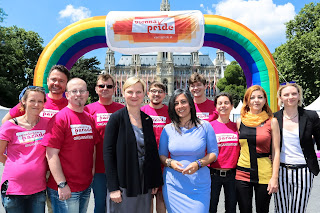 Vienna Gay Pride is Austria’s biggest gay pride party and has featured a big Rainbow Parade on the Saturday along the Vienna Ringstrasse.
It has been followed by the “Pride Party”, a number of different parties held at some of the city’s gay bars and clubs.
The highlight of Vienna Pride was the Rainbow Parade yesterday. This year marks the twentieth time that the event has been held. The motto "Sichtbar 2015" is a clear reference to the first motto back in 1996 ("Sichtbar 96").
Tractors, motorbikes, horse-drawn carriages and around 100,000 people will set off on their march against the normal direction of traffic, a visible sign against discrimination and for tolerance and equality.
With the Eurovision win by Austrian singer Conchita is 2013, Vienna has raised its gay profile, and so can expect Gay Pride Vienna to join the ranks of Europe's biggest gay pride festivals. 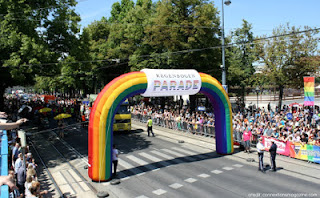 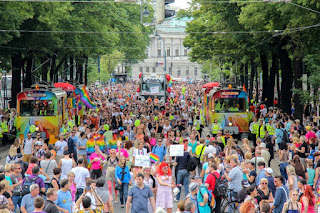 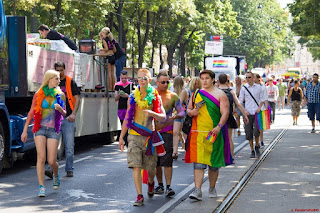 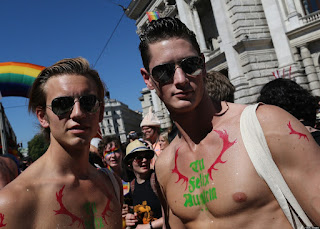 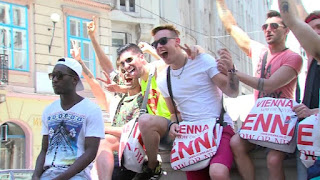 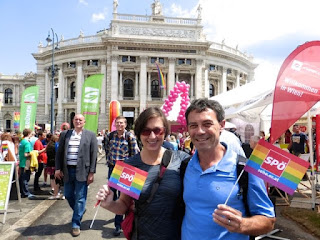 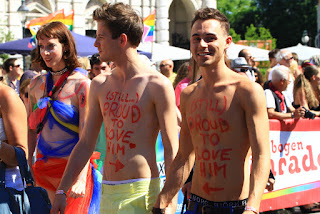 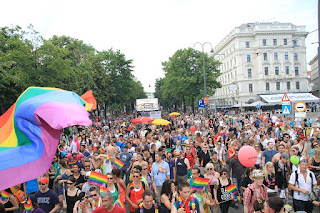 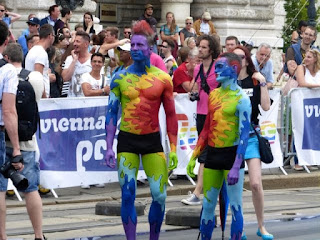 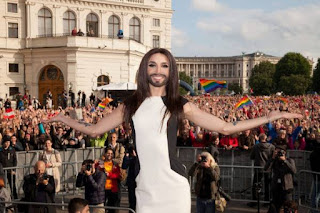 Willkommen in Regenbogen Pride in Wien