To be inclusive is to be disruptive in Texas 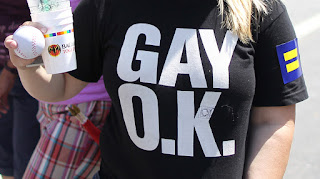 Students at a Texas middle school wanted to show their support for a seventh-grader who got bullied after coming out as gay.
Instead, they apparently ended up getting bullied themselves by school administrators.
At least 15 students at Faubion Middle School in McKinney, an ultraconservative suburb of Dallas, wore "Gay O.K." T-shirts on Wednesday. But school administrators sent two of the students home and forced the others to cover up their shirts or turn them inside out.
The school district is claiming the T-shirts violated the dress code because they were "disruptive" and "distractive."
In my opinion the decision of school administrators was really disruptive. 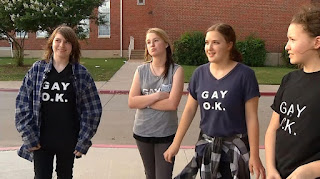 Fortunately the young are the futur