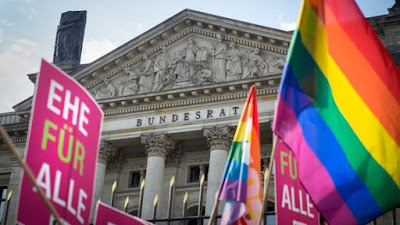 Today the Bundesrat, Germany’s Federal Assembly subordinate to the Bundestag (the parliament), urged the government to make necessary constitutional changes to open marriage to gay and lesbian couples.

In its resolution, titled "Marriage for everyone, resolution for full equality of same-sex couples", the assembly proposes changing the German Civil Code to include marriage equality; the proposed changes to the Civil Code would also grant same-sex couples equal adoption rights.

The assembly approved the resolution with 40 – 29 votes, due to the higher number of states governed by Labor, Greens or Left coalitions.

Although the German government is obliged to react to a resolution, it does not bind them.

In any case, one important step to same-sex marriage. 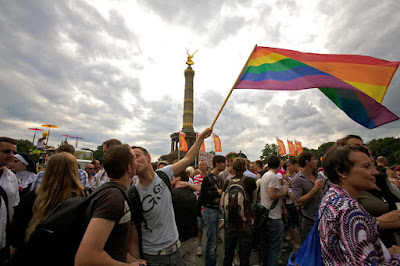