Blogging is not a Crime! Free Raif Badawi! 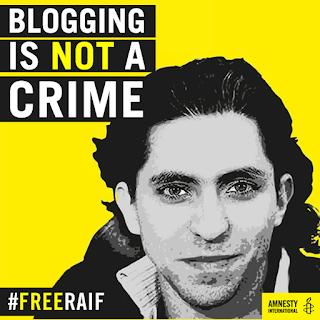 Raif Badawi was flogged in public 50 times in January, in Saudi Arabia.
Raif is still due to be publicly flogged 50 times every week until he has been lashed 1,000 times.
He has 950 lashes and nearly a decade in prison left to serve, simply for blogging and supporting free speech.
In June 2015, Saudi Arabia's Supreme Court upheld the sentence of 1,000 lashes and ten years in prison
Ask Saudi authorities to halt the barbaric punishment and to free this prisoner of conscience.
#FreeRaif 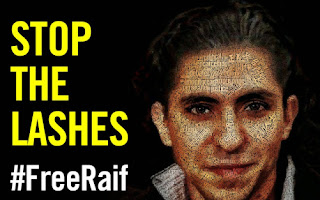 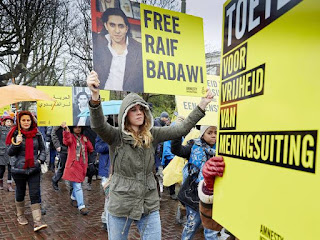 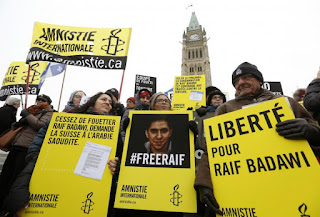