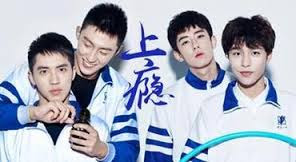 Addicted, a 15-episode series about a gay high school couple, disappeared from the internet without warning, leaving angry fans unable to watch the last three episodes.

According to local media reports, censors took issue with the show’s depiction of ‘abnormal sexual behavior’ and ‘romance between minors'.

Addicted became massively popular over the Chinese New Year holiday, especially among female fans. The first episode broke records when it was released on 29 January, racking up 10 million hits in 24 hours.

In an online poll by the Chengdu Committee for the Well-being of Youth and Teenagers, more than 93% of the 20,000 respondents disapproved of the removal.

The producers said the final three episodes would be available on YouTube, but the site is also blocked in China.