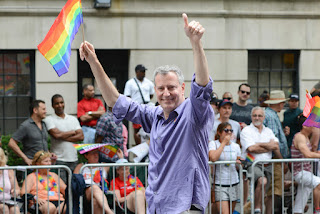 Next March 17th, de Blasio will join a group that has yet to be determined at the front of the march, and return later in the day to support the Irish LGBT group Lavender and Green Alliance which will march in the parade for the first time. The mayor refused to take part in the parade in prior years due to the exclusion of gay Irish groups walking behind an identifying banner.

The New York City Council is also expected to have a large contingent marching behind its banner in 2016. For the past two years, the council has also declined to take part in the parade because Irish LGBT groups were barred from marching. 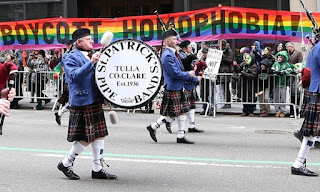