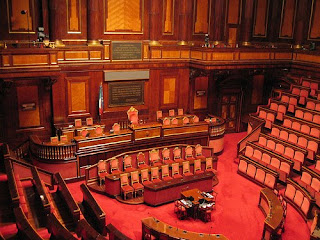 One of Italy’s far right parties has proposed thousands of amendments in an attempt to destroy the civil unions bill. The vote on the bill has had to be postponed until Tuesday.

Before that decision, the Senate rejected a motion to not vote on the bill article by article. If that motion had passed, it would effectively halt debate of the bill that would extend to same-sex couples many of the rights and protections heterosexual spouses enjoy. The motion was rejected by 195 lawmakers, with 101 voting in favor and one abstaining.

By the way, the ruling centre-left Democratic Party (PD) and the opposition rightwing Northern League (LN) met to discuss a deal to cut amendments to the bill, but both sides came up empty. The League said last week it would cut 4,500 of its amendments, leaving about 500 of them, in a deal with the PD.

Most of Italians urge the government to legalize Civil Unions, and the European Court of Human Rights ruled against Italy on this issue. 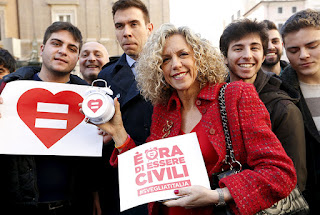