Red card to homophobes in Spain 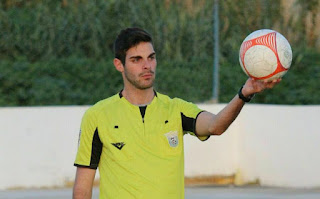 Jesus Tomillero, the first openly gay referee in Spain, has denounced the threats and homophobic insults he received in a soccer match of the Third Young Division, with teams made up of boys aged 15 and 16, which held in La Línea de la Concepción (in the Spanish region of Andalusia).

During the match, the equipment assistant and one of the players of one of the teams addressed him with the words “fagot” and other homophobic insults because they were not agree with his arbitral decisions. Finally, the referee expelled both the field. Sadly, the homophobic attack continued after the match.

Tomillero decided to report the attack at the police station after the pressure received by the Andalusian Soccer Federation to cover up the incident. The complaint lodged by the referee, which included an arbitration record what happened during the match, shows his bravery to stop the homophobia that still exists in some soccer fields in Spain.

The insults and threats are serious because some people want to instil fear to referees in their professional performance, and in general to all homosexual people, and seek to force them to continue hiding their guidance sexual.

But, on the other hand, the pressures that has subsequently received the referee by Andalusian soccer authorities to hide what happened, seek silencing and leaving virtually unpunished these behaviors, it´s something even more serious. 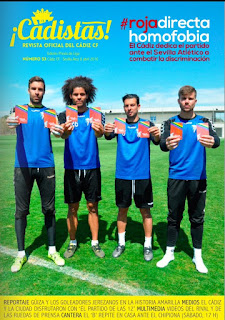