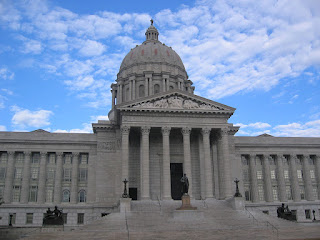 Senate Joint Resolution 39, which sought to make it legal for clergy and wedding vendors to decline to participate in a same-sex wedding, was voted down by the House Emerging Issues Committee.

If the bill had passed both houses of the Missouri legislature, it would have been put on the ballot for voters to decide on.

"I am deeply disappointed that Missourians will not have the opportunity to vote on protecting religious freedom", Senator Bob Onder, who sponsored the proposal, said in a statement.

But House Minority Leader Jacob Hummel applauded the House committee. "The ultimate issue here is whether our state constitution protects all Missourians or grants special rights to some to detriment of others", he stated.