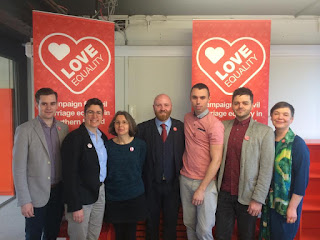 The Love Equality campaign has been created by several LGBT organisations, as well as trade unions and student unions, and Amnesty International. Organisers aim to ensure the law is change to allow equal marriage within the Northern Irish Assembly’s five year term.

John O’Doherty of the Rainbow Project said: “Ever since the Yes vote in the Republic of Ireland, marriage equality has become a big political issue for many voters in Northern Ireland”.

The campaign’s organisers have said they will keep on going until same-sex marriage is legalised in Northern Ireland.

In addition, a survey found over 68% of people in Northern Ireland support same-sex marriage.

Northern Ireland is currently the only part of the UK where same-sex couples cannot marry. 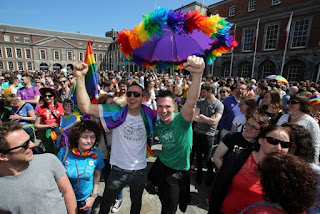