'Embraced By Soccer' against anti-gay chants in Mexico 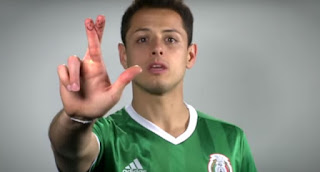 The campaign was launched after the federation were fined by FIFA when fans sung anti-gay chants earlier this year.

However it looks like they’ve got a tough fight ahead, as fans continued to chant homophobic songs in an international fixture between Mexico and Canada, despite the video being shown before the game and during the halftime break.

Guillermo Cantu, the federation’s secretary-general, said: “For us, as a federation, this is a chant that we do not like. We have recognised that some people have interpreted it as a homophobic exclamation.”

“We do not believe that the fans mean it in that way, they come to have fun and nothing more. Nevertheless, we do think there are better ways of expressing enthusiasm and even messing with the opponent to put pressure on him.”

Cantu added: “We will keep working. You will have more positive news in the future.”