Cirque du Soleil will not perform in North Carolina 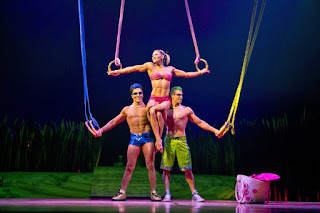 Cirque du Soleil has canceled all shows in the state for the rest of the year in protest on the anti-LGBT law known as HB2.

The popular Canadian-based circus said in a statement that it strongly believes in diversity and equality for every individual and is opposed to discrimination in any form.

The company says the new HB2 legislation passed in North Carolina is an important regression to ensuring human rights for all, and its belief in ‘equality for all’ is its guiding principle and that it hopes customers will understand.

The statement finishes saying: "We sincerely hope that the customers that have purchased tickets for our performances in North Carolina will understand our motivation and we look forward to performing in North Carolina when this issue is addressed".

Remember that HB2 was quickly passed by the state legislature and signed into law by Governor Pat McCrory last month. The law bans all local LGBT rights ordinances in the state and was rushed into law to override an ordinance in Charlotte that would have allowed transgender people to use the bathroom of their gender identification.

Cirque du Soleil believes in equality for all