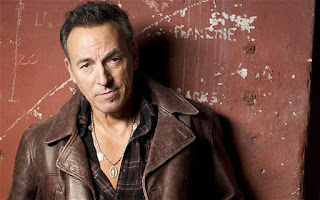 Bruce Springsteen cancelled an upcoming concert in North Carolina because of a controversial anti-LGBT law that critics say legalizes discrimination.

Springsteen was scheduled to perform on Sunday in Greensboro, but said he was cancelling the show because he and the E Street Band “want to show solidarity for those freedom fighters” protesting against the law.

“To my mind, it’s an attempt by people who cannot stand the progress our country has made in recognizing the human rights of all of our citizens to overturn that progress”, Springsteen said in a statement.

“Some things are more important than a rock show and this fight against prejudice and bigotry, which is happening as I write, is one of them. It is the strongest means I have for raising my voice in opposition to those who continue to push us backwards instead of forwards”, he added.

North Carolina’s Public Facilities Privacy and Security Act allows governments to discriminate against people based on sexual orientation and gender identity, and prevents municipal governments from creating local laws that would offer these groups protections. Under the law, all public institutions must post signs designating that bathrooms and locker rooms are to be used only based on biological sex.

Republican state legislators pushed the law through North Carolina’s general assembly and it was signed by the state’s governor, Pat McCrory, in just one day.

Thanks Boss for your support and commitment. 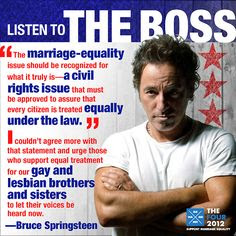