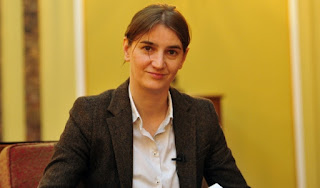 Serbia's president Aleksandar Vucic announced that Ana Brnabic, 41, was nominated as the prime minister-designate, which would be the first openly gay prime minister and also the first female head of government in the highly conservative country's history.

In any case, her cabinet needs formal approval by parliament next week, but she should get it because her party, the conservative party, has the majority in the chamber.

Vucic declared that it has been a difficult decision reached in the interest of Serbia and its citizens. Remember that he is a former extremist-turned-reformist who has promised to boost gay rights as part of efforts to move closer to European Union membership.

This nomination follows the recent one occured in Ireland, where an openly gay man was also elected as Prime Minister for the first time. 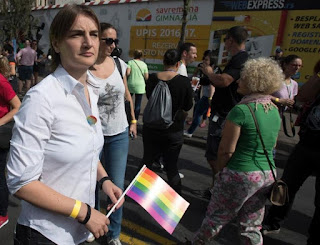