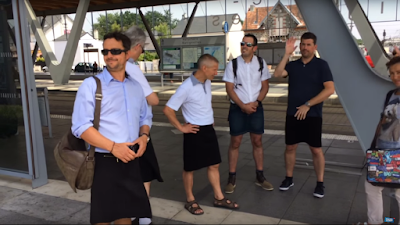 Men across Europe are complaining about what they see as unfair dress codes.

Bus drivers in France are among those who have been coping with soaring temperatures by ditching their trousers. After finding it too hot to work in full-length leg wear, members of the CFDT Semitan Union in Nantes got around the no-shorts-to-work policy by wearing skirts.

The drivers envied women who were able to wear skirts in the heat wave, and the video of their story has been viewed more than 160,000 times in two days.

Union member Gabriel Magner said: "When it's 50 degrees behind the windscreen all day, those are work conditions which are not acceptable. "What we want is for the company to do something about it so when it gets like this a heat regulation can come into force when the temperature reaches a certain level, to allow drivers to wear Bermuda shorts, for example".

Its not the only bare legged protest over the last few days. Record high June temperatures in the UK have also prompted boys at one school in Exeter to wear skirts in a protest over the school's uniform policy. 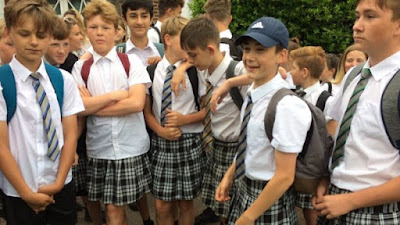 In Buckinghamshire, Joey Barge, a call centre worker, was sent home from work because his blue shorts did not meet the company's dress code. In protest Mr Barge changed into a pink and black dress and his tweets documenting the episode were re-tweeted thousands of times.

Most responders were encouraging, applauding him for the unique way he brought attention to the no shorts policy, while others shared their own stories of work place dress rules.

Mr Barge's employers have since relaxed the rules on work attire, and now Mr Barge may wear three-quarter-length shorts, but only in black, navy or beige. 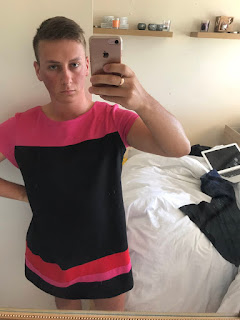