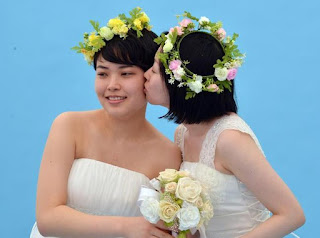 Sapporo became the first major city in Japan to issue official partnership vow papers to those who wish to enter a legal same-sex union. Two million more people can have their same-sex relationships legally recognised from now.

Japan does not recognise same-sex marriage on a national basis, but the new law will confer more rights on LGBT couples. Any two people who are over 20 years old and live in the city can sign a partnership vow, after which they will receive copies of the vow and a document from the city indicating its legality.

A lesbian couple has been the first to receive recognition of same-sex union under the new law. They was delighted for being finally able to do it.

The official certificate the couples receive doesn’t give them any legal rights, but for now does ensure that they can become each other’s life insurance recipients, and the couple will also qualify as a family for perks like discounts on mobile phone services.

A tiny step but moving forward. It's time Japan! 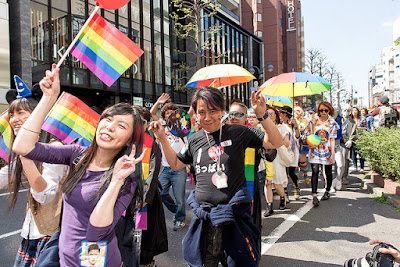 A majority of Japanese support
same-sex unions, according to a poll