From Russia with Love... and kisses 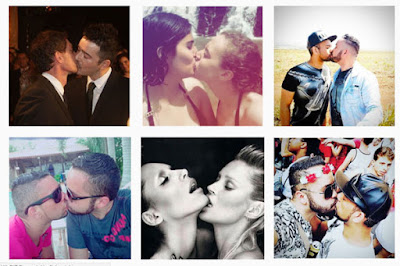 On Instagram, the Brazilian organization LGBT+ SSEX BBOX started a campaign to create “the biggest digital kiss in the world” to break the silence of the LGBTQ population in Russia and Chechnya, by using the hashtag #Kiss4LGBTQRights.

The advocacy group encouraged Instagram users to post images of themselves kissing, using the hashtag #Kiss4LGBTQRights and tag themselves at Russia’s political capital, the Moscow Kremlin.

Over 5000 images were uploaded, a simple but efficient way for a lot of couple to claim their sexual orientation. If the gesture seems trivial, it is essential to occupy the public space – virtual or real – to condamne such violence. This is why social media can have an impact.

Since April, men suspected of being gay are being abducted, tortured and even killed in the southern Russian republic of Chechnya according to credible sources inside the country.

And more recently, in a landmark ruling, the European Court of Human Rights ruled that Russia’s anti-gay propaganda law is in breach of European treaty rules on human rights.

It is hard not to feel powerless before such atrocities, but although politicians and the international community obviously have a major role to play, it is also possible to demonstrate at the individual level showing our support via social networks.