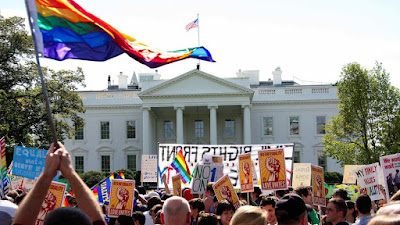 Hundreds of thousands participated in the national Equality March for Unity and Pride in Washington, D.C. There were close to 100 other marches scheduled around the U.S.

The Equality March aimed to bring together and affirm LGBT people and their allies to highlight a number of causes, including disability rights, preventing violence against LGBT community, and support for LGBT immigrants.

The march also commemorated the upcoming anniversary of the shooting deaths of 49 people and wounding of more than 50 others at gay nightclub in Orlando, Florida.

Demonstrators filled the streets with signs, flags and chants. Some participants said they marched to celebrate friends and family, while others wanted to demonstrate resistance to Trump administration.

Although Trump has continued President Barack Obama's executive order protecting LGBT federal workers and LGBT military service members still serve openly, his administration has revoked protections for transgender school students, and its mentions of the words lesbian, gay, bisexual or transgender in statements have been few and far between.

In addition, Trump administration's refusal to issue an official statement commemorating LGBT Pride Month is symptomatic of the White House's agenda for LGBT Americans. In any case, the Equality March has been a demonstration to show to Trump administration that America's LGBT community can not be ignored. 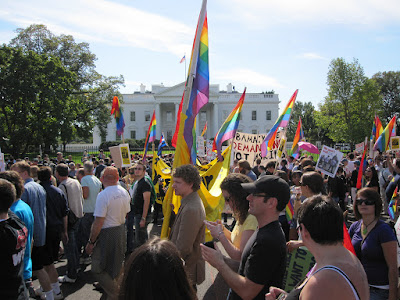 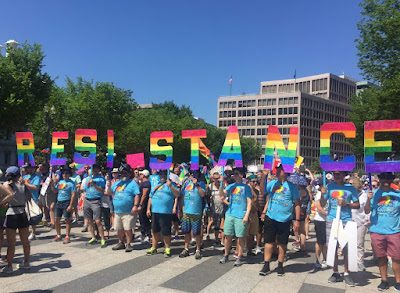 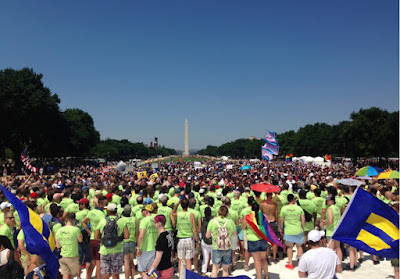 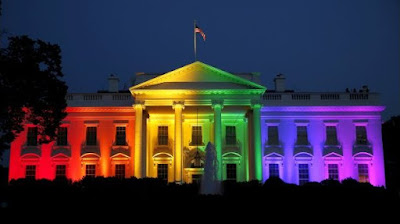 The White House one year ago