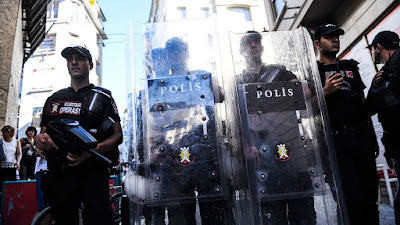 Turkish authorities announced they would not allow the Istanbul Pride march on Sunday, the third year in a row the celebration has been banned since it began in 2003. The Istanbul Governor's office said the Pride march would be banned to keep public order and for the safety of participants and tourists.

Pride organisers said they would defy the ban. For more than a decade, the Istanbul Pride attracted tens of thousands of participants, making it one of largest gatherings celebrating gay, lesbian and transgender rights and diversity in the Muslim world. Unlike many other Muslim countries, homosexuality is not a crime in Turkey.

Turkish police have finally thwarted an attempt by gay pride activists to hold a parade in Istanbul in defiance of an official ban from the local authorities. Riot police fired teargas and rubber bullets to disperse protesters who defied the ban, and at least four people were detained.

The Turkish Government insists there is no discrimination against individuals based on their sexual orientation, they explained that the state of emergency declared after last summer's failed coup has further limited public gatherings. The true is most of LGBT people in Turkey experienced a state of emergency from their birth. 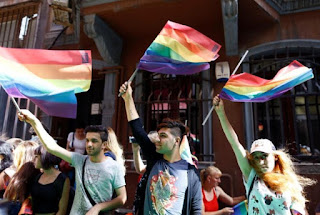 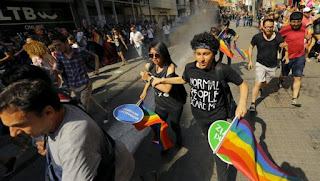 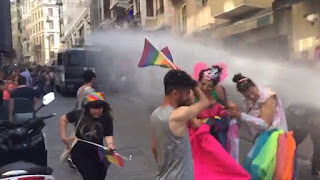 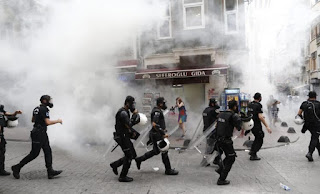