Thousands march in the Equality Parade in Warsaw 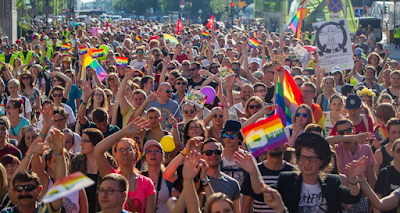 Over 50,000 attended the parade, with 40 foreign embassies including those of France and the US, expressing their support.

The parade was intended to draw attention to the rights of LGBT people, fight discrimination and promote acceptance of same-sex unions, with people also marching in support of people with disabilities, religious minorities other marginalized groups.

All proposals by left-wing lawmakers to debate regulations that would allow for same-sex marriage have been rejected in Parliament. The President of Poland said same-sex marriage will never be legalised in the country, despite pressure from lobby groups and neighbouring European countries.

Maybe Poland has no rights for same-sex couples, but the awareness of the need for them is growing.