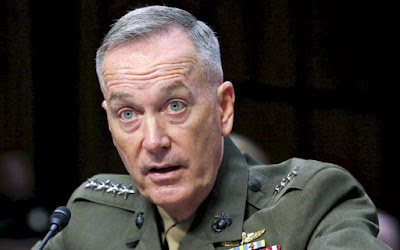 U.S. General Joseph Dunford, Chairman of the Joint Chiefs of Staff, said he has urged the Trump administration not to kick transgender service members out of the military despite Donald Trump’s ban on transgender people serving in the armed forces.

The top general was asked by Democratic Senator Kirsten Gillibrand during a Senate Armed Services Committee hearing whether he agreed that the thousands of transgender men and women now in the military have served with honor and valor.

“I do, Senator”, Dunford responded. “I would just probably say that I believe any individual who meets the physical and mental standards, and is worldwide-deployable and is currently serving, should be afforded the opportunity to continue to serve”.

Gillibrand asked Dunford, whose reappointment to his post is expected to be confirmed by the Senate, whether he could promise that transgender service members “will not be separated from the armed services based solely on their gender identity?”. “I can promise that that will be my advice”, he said.

Trump in July said he would ban transgender people from the military in a move that would reverse Democratic former President Barack Obama’s policy and halt years of efforts to eliminate barriers to military service based on sexual orientation or gender identity.

Defense Secretary Jim Mattis last month said the current policy allowing transgender personnel, including the ability to re-enlist, would remain in place until he advises Trump on how to implement the Republican president’s transgender ban. 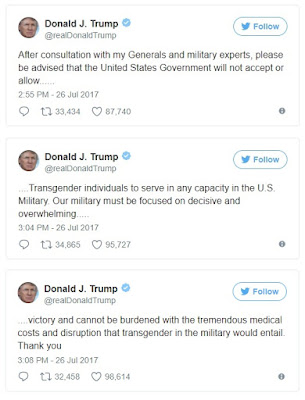