LGBT people are arrested and tortured in Azerbaijan 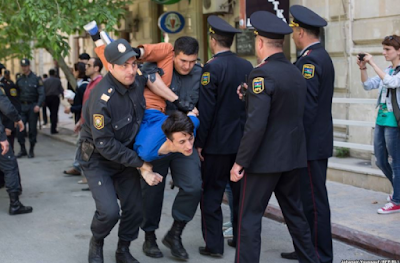 Over the last several days, LGBT activists in Azerbaijan, a country in the South Caucasus region, report a sudden crackdown on people who do not correspond with ‘national traditional values’.

Samad Ismayilov, president of Minority Azerbaijan, received an anonymous testimony from a detained LGBT person. He told: "I was with my friends in the downtown around 12am and a group of people approached us asking what we are doing there. We were 5 people, they took us to the police car saying that they need to identify us". And he added: "They treat you like you’re a murderer and they even arrested one of my friends who works at a bakery. They took him from his workplace".

President of the Nefes LGBT Azerbaijan Alliance, Javid Nabiyev, confirmed the reports in a Facebook video. He starts in the video: "Suddenly, without any clear reasons to us, police officers from the Ministry of Internal Affairs organized raids against gay and transexual people. For sure we know that more than 50 people are arrested".

Azerbaijan ranked the worst place in Europe to live as an LGBT citizen, after meeting only 5% of a leading rights organisation’s criteria for legal equality.

Although homosexuality is legal in Azerbaijan, the 2016 index draws attention to the country’s failure to protect its LGBT community from hate crime and discrimination.

Nabiyev afirmed: "Each year, hundreds of LGBT people are exposed to physical, psychological and economic violence by their family members and the people around them. They are killed, forced to live a double life, commit suicide or leave the country".

Azerbaijan is following in the steps of Chechnya. 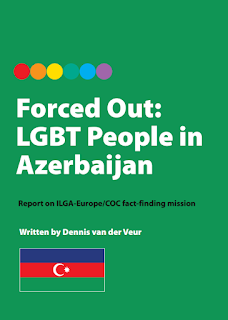