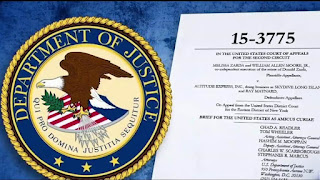 The Trump administration has called on a U.S. appeals court to rule that a federal law does not ban discrimination against LGBT employees.

The Manhattan court is currently in the midst of ruling on the case of Donald Zarda, a former skydiving instructor that says his old company, Altitude Express Inc, fired him because of his sexuality.

The company is being supported by the U.S. Department of Justice (DoJ), however, the Court of Appeals will have the final ruling on whether discrimination against workers based on their sexuality is a form of unlawful bias under Title VII of the Civil Rights Act of 1964. The DoJ argued that if the Civil Rights Act were to explicitly cover sexual orientation, it should be passed through Congress.

Currently, the law bans discrimination of workers based on their sex, race and religion. Trump’s government are calling for the appeals court to rule so that sexuality-based discrimination is not included in the definition.

Under Obama's administration, in a number of other cases similar to Zarda V Altitude Express, the DoJ has not intervened. But activists in the US are worried that Trump’s administration backing the ruling will make more for other anti-LGBT policies to be passed.

Remember that recently Trump called to discriminate against transgender military personnel by ordering the military to not accept them. 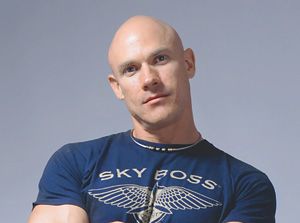 Donald Zarda alleged he was fired because he is gay