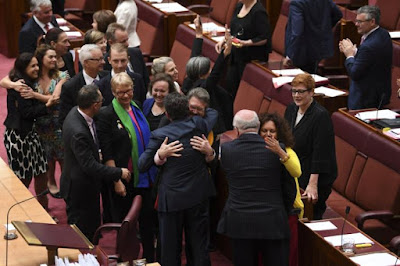 The Marriage Amendment Bill 2017 was introduced by Dean Smith, the first openly LGBT member of parliament from the Liberal Party and a passionate supporter of marriage equality.

Senators voted by 43 votes to 12 in favour of progressing the legislation. Almost all Labor senators, the Greens, the Nick Xenophon Team, Derryn Hinch and members of the ruling Liberal-National Coalition voted in favour.

The bill will now go to the House of Representatives next week, where it is expected to pass easily.

Prime Minister Malcolm Turnbull is on course to meet his pledge of legislating for the historic social reform before Christmas.
﻿
Earlier this month Australians gave their overwhelming backing to equal marriage in a public vote, by a margin of 61.6% to 38.4%. The national postal ballot was non-binding, however, leaving the final decision on legislation up to Parliament. 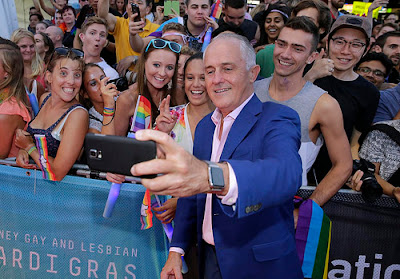