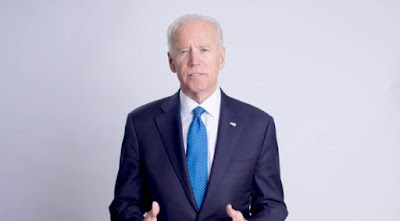 Barack Obama’s former Vice President Joe Biden, a long-time supporter of LGBT rights, has made LGBT issues a core focus of the Biden Foundation, which was set up following his departure from the White House.

Biden launched a campaign "As You Are" to raise awareness of “the importance of family acceptance in the lives of LGBTQ young people,” putting significant resources towards campaigns bolstering acceptance by families.

Biden said: “I’m so proud to announce that the Biden Foundation has launched a family acceptance campaign. We’ll use our resources to highlight the harms of family rejection, and lift up research, best practices, and personal stories to powerfully show the significant value of family acceptance.”

The Foundation added: “Today far too many LGBTQ folks continue to face rejection at home and discrimination in their communities. This kind of rejection leads to heartbreaking outcomes.”

“Forty percent of homeless youth identify as LGBTQ. Many of them have been kicked out of their homes, or no longer find it safe to stay at home.

“Gay, lesbian and bisexual youth are five times more likely than their straight peers to have attempted suicide. 40 percent of transgender and gender nonconforming adults report having attempted suicide at some point in their lives. Most of them before the age of 25.”

“Some parents subject their children to the vile practice of conversion therapy or pressure them to keep their identities secret. It doesn’t have to be this way.”

“By sharing your stories, we can work together to change the culture and ensure a bright future for the LGBTQ young people in America.”