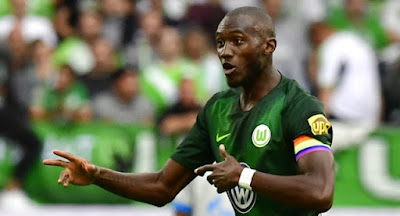 Top-tier German football club VfL Wolfsburg has announced that its captain will wear a rainbow armband at all matches to underline the team’s commitment to tackling homophobia.

The team plays in the Bundesliga, the highest tier of professional football in Germany.
﻿
Ahead of their opening game against FC Schalke, the team unveiled the armband that will be worn by captain Josuha Guilavogui.

The club explained that “all VfL team captains” will wear the rainbow band for games in the upcoming season, across the men’s, women’s and youth teams.

VfL general manager Jörg Schmadtke said: “As a club we stand for a tolerant society. That’s why we’re not only taking this stance against discrimination now but across the whole season and in all of our teams, sending out a clear signal that we stand for diversity.”

There are few openly gay male footballers in the country, although former German national team player Thomas Hitzlsperger is one of the few LGBT role models in the sport.

Enjoy football whoever you are!