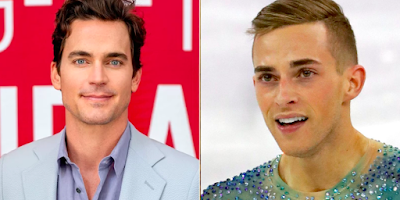 The Will & Grace guest star roster continues to grow.

Following the recent announcements of guest stars like David Schwimmer and Jon Cryer, NBC has announced that Matt Bomer and Olympic figure skater Adam Rippon will both appear in an upcoming episode from the show's 10th season.

According to NBC, Bomer will play McCoy Whitman, "a smooth talking, self-satisfied TV news anchor who dates Will (Eric McCormack)." Bomer is no stranger to sitcom appearances as the out actor has chalked up guest roles on comedy series over the years like Modern Family and the short-lived Next to Normal.

Rippon, who took home a Bronze medal earlier this year in the Winter Olympics and will be one of the judges on the upcoming Dancing With the Stars: Juniors, will cameo, not as himself but in an undisclosed character.

The revival is due back on NBC for a 10th season sometime this fall after garnering 5 Emmy nominations for their 9th season. It’ll have a whopping 18 episodes, and NBC has already ordered an 11th season of Will & Grace after the overwhelming positive response for the comedy’s return. 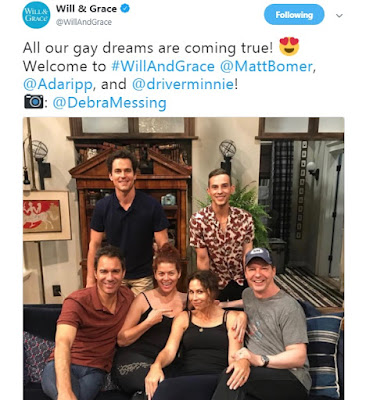