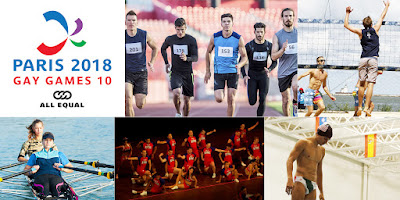 More than 10,000 athletes have gathered in Paris to take part in the 10th edition of the Gay Games, the world’s most inclusive sports event.

Held every four years like the Olympics, the Gay Games’s first edition was organised in San Francisco, California, in 1982.

The 2018 event, held between August 4-12, will see the participation of athletes representing 91 different countries, including 20 where homosexuality is illegal such as Egypt, Nigeria and Saudi Arabia, and a Chinese team will compete for the first time.

Whereas other sport events are struggling with letting trans athlete compete in their preferred gender category, the Gay Games has no such qualms. Every one can choose his or her gender or choose to compete in a mix team.

In 2022 Gay Games which will be held in Hong Kong, the first and only Asian city that had ever bid to host the event.

Have a good Games!!! 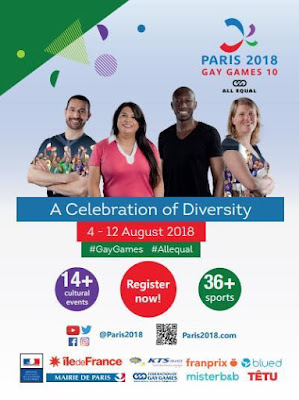