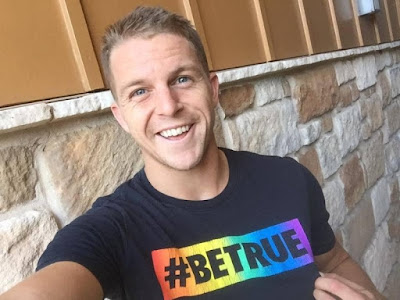 A local entrepreneur has started a GoFundMe ahead of a 26.2-mile marathon he’s running to raise funds and visibility for LGBT athletes.

Kedzie Teller, owner of a marketing and consulting business in Philadelphia, is raising money for Athlete Alley, a New York-based international nonprofit working at the intersection of sports and LGBTQ equality. The runner said he wants to normalize openly gay athletes to combat the “homophobic environment perpetuated in sports.

Teller is also an athlete who turned to marathon running after playing for the U.S. team in the International Quidditch Association World Cup 2012-2014 and remaining part of the national team until last year.

He explained that he wanted to break away from the sport but still remain athletically active. After consulting with his sister, who regularly participates in marathons, Teller turned his attention to long-distance running to stay in shape, but also as a way to “work through issues.”

Now, Teller is one of Athlete Alley’s 188 ambassadors that, work to end homophobia and transphobia in sports. The athlete said he is using his current training period as an “opportunity to share Athlete Alley’s message in a more proactive way. I’m trying to spread awareness of what Athlete Alley does while, at the same time, raising money to put back into the organization.”

Teller is tracking his training journey via #RunProud on social media. The marathon has opened his eyes to how important visibility is, he said. 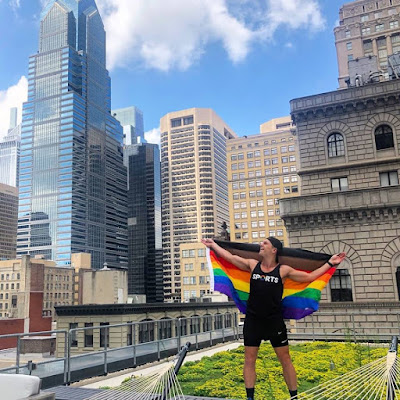