Lebanon highest court ruled that gay sex is not a crime 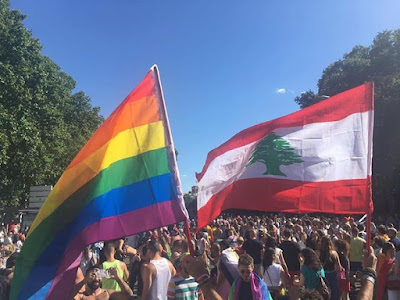 A court in Lebanon ruled that the country’s law does not ban homosexuality.

The decision to uphold the acquittal of nine people prosecuted for being gay in 2017 has been celebrated by activists, who view it as a landmark moment in the fight to decriminalise homosexuality.

The ruling was handed down by a Mount Lebanon appeals court, the highest judicial authority to find in favour of equality so far.

It rejected an appeal to overturn a lower court’s ruling in January last year that if Lebanese citizens wanted to have gay sex, it was “a practice of their fundamental rights.”

The nine people acquitted in that decision had been charged under Article 534 of the Lebanese Penal Code, which bans sexual acts which “contradict the laws of nature,” making them punishable with one year in prison.

But the Mount Lebanon judges ruled that when they were constructing this law, “legislators had not intended to criminalise homosexuality but rather offence to public morals.”

Karim Nammour, a lawyer and an activist for LGBT equality, said that the decision means “homosexual relations are not a crime, as long as they are between two adults and do not occur in a public space.”

Nammour said this was the fifth such verdict in support of equality for gay people, but that a ruling from such a high-ranking court was unprecedented. “The appeals court has a certain authority… It’s higher in the hierarchy,” he added.

Lebanon was more tolerant than most Arab countries, but this year Beirut Pride was canceled after its organizer was detained by authorities. I sincerely hope the things will change in Lebanon since now. 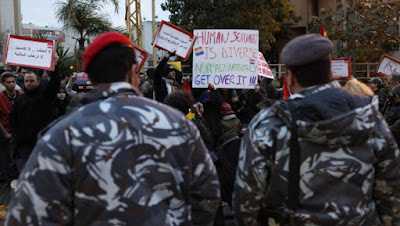 Beirut Pride 2018 was canceled by authorities