Matthew Shepard will be buried at the Washington National Cathedral 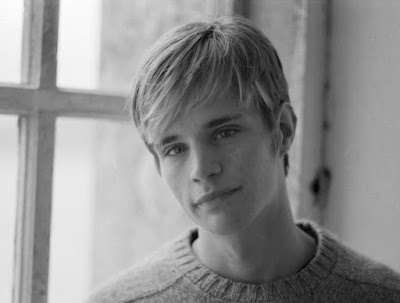 Matthew Shepard’s remains will be interred at the Washington National Cathedral, 20 years after his murder.

Two men kidnapped Matthew, a gay college student at the University of Wyoming, in a bar in Laramie, and driven to a field where he was beaten and tortured, and tethered to a fence and left to die. Never regaining consciousness, Matthew succumbed to the severe injuries from the attack and died on October 12, 1998. It was a hate crime.
﻿
Matthew's murder brought national attention to anti-LGBT discrimination and he has endured as a symbol of the terrible reality of violent hate crimes against LGBT people. It also led to the 2009 Matthew Shepard Act, which broadened federal hate crime legislation to include sexual orientation and gender identity.

On October 26, he will be laid to rest in a cathedral which has only buried around 200 people in the past century, including US President Woodrow Wilson and activist Helen Keller.

The thanksgiving and remembrance service in Washington DC will be presided over by Reverend Gene Robinson, the first openly gay priest to become a bishop in the Episcopal Church. Washington National Cathedral’s dean, Reverend Randolph Marshall Hollerith, said that Americans still have work to do to reject the hatred which led to Matthew’s murder two decades ago.

Matthew’s mother, Judy Shepard, has become an outspoken campaigner for LGBT equality, starting the Matthew Shepard Foundation with her husband Dennis and consistently speaking out in favour of rights for queer people.