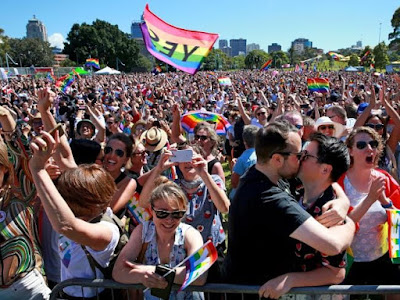 A park in Sydney is set to be renamed Equality Green to commemorate the moment Australia’s citizens voted for same-sex marriage.

Mayor of Sydney Clover Moore passed a motion during a council meeting to rename the south-western lawn of Prince Alfred Park as “Equality Green.”

Posting a video about the proposal to rename the park, Moore said: “It’s just over a year ago that thousands of us were here. And we were very excited, and we were very anxious.” And she added: “It was wonderful when we heard the results.”

Moore said the renaming of the park as Equality Green would “record forever that very historic moment when, across Australia, over 60 percent of Australians voted for marriage equality.”

Equal marriage was passed by the Australian parliament on December 7 last year, following the voluntary postal survey on the issue. Nearly 84 percent of people living in Sydney voted for equal marriage, making it the highest “Yes” vote of any electorate in the country.