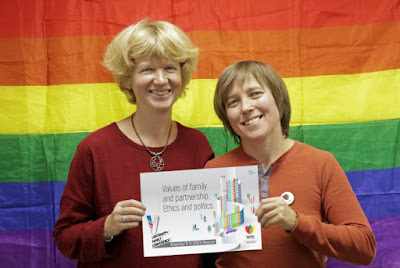 A group of activists in Russia is looking to raise €12,000 to finance an annual conference in Moscow, aimed at supporting the LGBT community and same-sex families in particular.

This year, the conference’s main theme is “The value of family and partnership. Ethics and politics,” focusing on those “traditional family values” that the Russian government and the influential Orthodox Church normally claim to be the realm of heterosexual couples.

The conference is a unique platform for an exchange of unbiased information between specialists of helping professions like psychologists or educators. It provides guidelines on working with vulnerable groups, and also helps LGBT people to connect and experience the support from others.

Russia is a very homophobic country. In April 2017 the persecution and killings of more that 200 LGBT people in Chechnya were revealed. But that was only the tip of the iceberg, because LGBT people face discrimination on a daily basis.

Same-sex parenting is not banned in Russia, but LGBT parents face discrimination and the threat of a 2013 law banning the spread of “propaganda for non-traditional sexual relations” to minors.