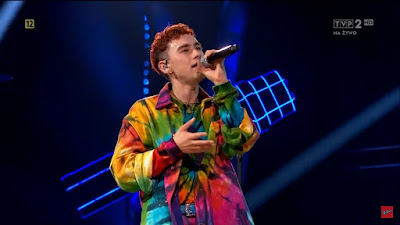 Olly Alexander has taken a stand against Poland’s anti-gay laws by donning a rainbow suit during his performance on The Voice of Poland.

The openly gay Years & Years frontman wore the fabulous outfit after activists asked him to use his platform on the show, which is watched by millions in the country, to make a statement about LGBT rights.

Olly explained: “Poland’s government has become increasingly anti-LGBT and same-sex couples are not allowed to be shown on the TV station..

Poland has embraced our band from the very beginning and I know its people to be kind, funny and hugely generous.

Wearing rainbow colours is just a small statement but I’m very thankful to have been asked to do so.

The government’s stance on LGBT equality does not reflect the pride and love we see at our shows there, nor is it reflected in the people we work with. We had a great weekend, I love Poland and I will do my best to do right by you guys.”

The President of Poland declared same-sex marriage will never be legalised in the country, but Polish Supreme Court did stand up for LGBT rights in a recent sentence.

Watch the videos below: