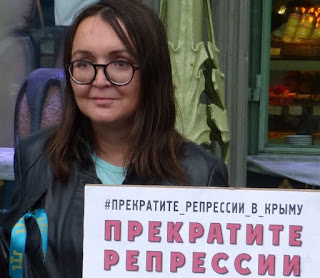 St Petersburg authorities said they had found the body of a 41-year-old woman with multiple knife wounds, but did not identify her.

Activists and media reports in the city named the victim as local campaigner Yelena Grigoryeva, who was a regular participant in rallies supporting a range of unpopular causes in modern Russia, including LGBT rights and freedom for Ukrainian political prisoners.

Acquaintances said Grigoryeva’s name was on a list of LGBT activists published by a recently blocked Russian website that called on people to take vigilante action against them. She had received several threats over her protests for LGBT rights and opposition causes.

The Saint Petersburg online newspaper Fontanka said Grigoryeva was found with knife injuries to her back and face and had apparently been strangled. A suspect was arrested, it reported. 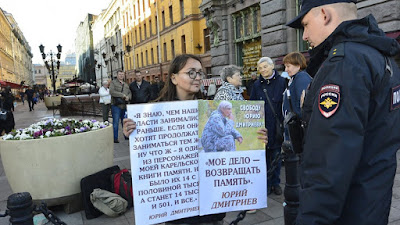 Yelena in one of many acts of protest she starred