March for LGBT rights in Warsaw after Pride attack in Bialystok 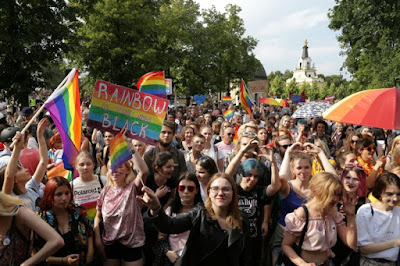 Over 1,000 people took to the streets in Warsaw in a show of support for LGBT rights. Those who gathered in the Polish capital in solidarity with Bialystok carried rainbow-colored flags and banners with pro-LGBT messages.

A number of Polish politicians, including Prime Minister Mateusz Morawiecki, have condemned the attacks in Białystok. Police have detained more than 30 people in connection with the violence.

LGBT rights are a deeply polarising issue in the majority Catholic country. Divisions over LGBT issues have been exacerbated in the lead up to Poland’s general election.

The Polish LGBT community continues to face numerous hurdles in their fight for equality. Many aspects of society and politics remain staunchly conservative and the Catholic Church remains highly influential.

Due to cultural, religious and political pushback, marriage equality, legal protections in the area of gender identity, and same-sex couples being allowed to adopt remain distant prospects. 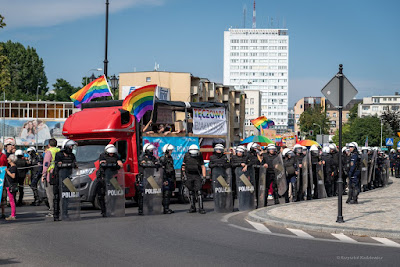 Police had to protect Pride march in Bialystok a week ago