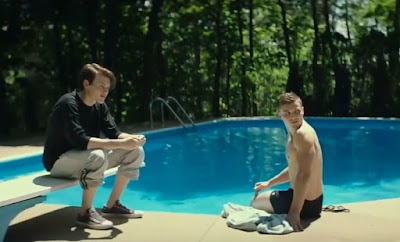 Giant Little Ones is a Canadian drama film, directed by Keith Behrman. The film is a heartfelt and intimate coming-of-age story about friendship, self-discovery and the power of love without labels.

It was premiered at the 2018 Toronto International Film Festival and the film was named to its annual Canada's Top Ten list. Behrman won the Vancouver Film Critics Circle award for Best Screenplay for a Canadian Film.

The film stars are Franky Winter (Josh Wiggins) and Ballas Kohl (Darren Mann). The two guys have been best friends since childhood. They are handsome, stars of the swim team and popular with girls. They live a perfect teenage life.

After Franky's 17 birthday party, a drunk Ballas attempts a homosexual act with an equally intoxicated Franky. Ballas is terrified that his actions have outed him, and he and his girlfriend begin to spread rumors that it is Franky who initiated the sex.

When several members of the high school swim team bully Michael (Carson MacCormac), Franky stands up to his teammates and defends the shy, skinny boy, reinforcing the belief by most kids at the school that Franky is gay.

Giant Little Ones puts a complex and refreshingly nuanced spin on the traditional coming-of-age drama, further elevated by the admirable efforts of a talented cast.