Alan Turing will be the face of new £50 note 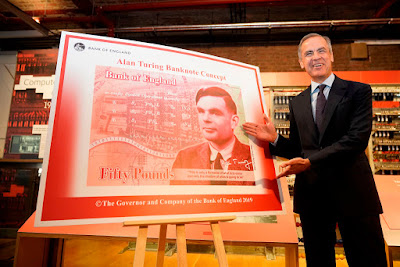 The Bank of England has announced that Second World War codebreaker Alan Turing will be the face of the new £50 note. Turing beat others on the Bank of England’s shortlist including Margaret Thatcher, Stephen Hawking and Ada Lovelace.

Turing worked to crack the German Enigma codes from Nazis, and is credited by many for playing a large part in ending the Second World War. Turing is also considered the father of modern mathematics and computers.

After the war, Turing was convicted of ‘gross indecency’ in 1952 for being homosexual, he was chemically castrated and barred from working for the Government Communications Headquarters. He was eventually driven to suicide in 1954 at the age of 41.

Bank of England governor Mark Carney chose Alan Turing from a shortlist of 12 after more than 227,000 suggestions of famous British scientists were made by the public. “Alan Turing was an outstanding mathematician whose work has had an enormous impact on how we live today,” Carney said.

“As the father of computer science and artificial intelligence, as well as war hero, Alan Turing’s contributions were far-ranging and path-breaking. Turing is a giant on whose shoulders so many now stand,” he added.

By selecting Alan Turing, the Bank of England, one of the most prominent organisations in the world, is making a stance for equality and inclusion. 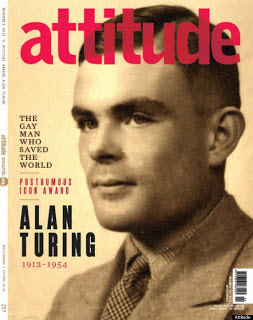 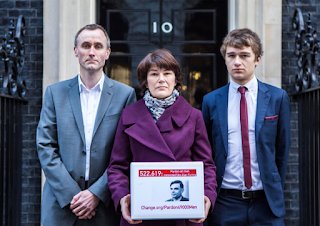 Turing's family delivered a petition, signed by half a million,
asking the pardon of gay men convicted of "gross indecency".
The Queen's pardon was in 2013.

The Imitation Game, a movie about Turing's heroism